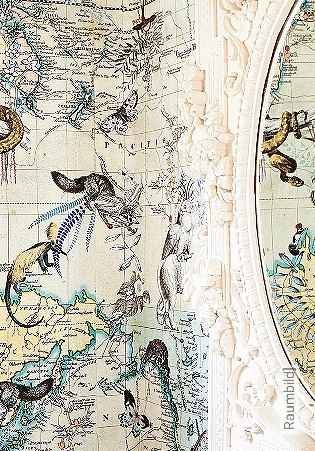 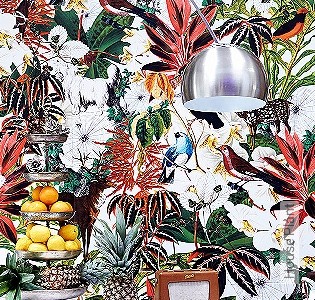 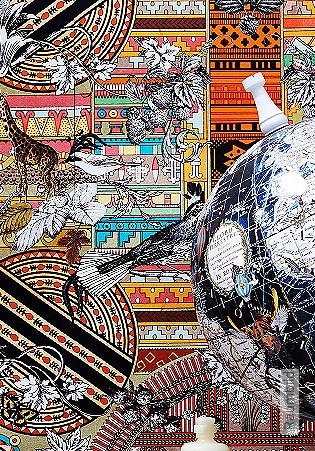 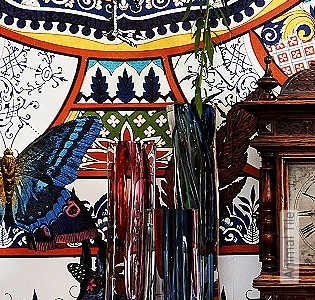 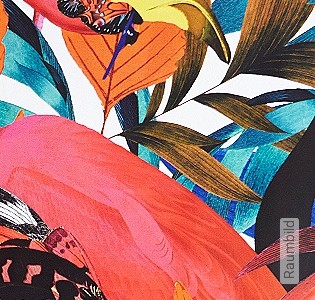 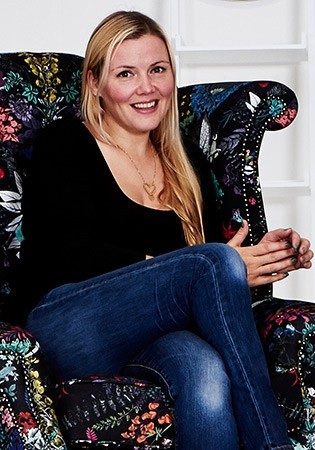 Previously in 2011 Kristjana S Williams and Beyond the Valley presented an interactive print journey at the V&A during London Design Festival, a show inspired by an interest in the way new technologies can be used in interiors and fashion design. The illustrations juxtapose strong graphic lines with intricate victorian engravings creating incredibly striking and unique art work. Comprising of very intricate collages of material that have been collected from victorian engravings, photographs taken, found objects and real leafs and twigs.

Inspiration lies heavily with layering nature upon nature and ‘the symmetry in all things living’ which stems from the artists childhood in Iceland. When growing up the artist found nature there stark and unforgiving. Never seeing trees or colourful butterfies or exotic fowers – everything seemed grey. Now in retrospect, feels the complete opposite as though the colours and landscape are like nowhere else in the world. Each piece created by the artist is it’s own universe of botanicals, atmosphere and animals, each born and grown from the things that have inspired her since being a child in Iceland.

Williams’ work has become well known throughout the industry, 2013 saw the studio Highly Commended for ‘Best Use of Colour’ at the Dulux Colour Awards. In 2014 Kristjana has already won a D&AD award, a New York Festivals Grand Prix & First Prize and lastly shortlisted for the Cannes Lions Festival of Creativity. 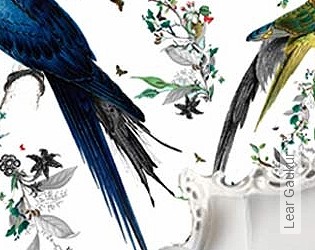