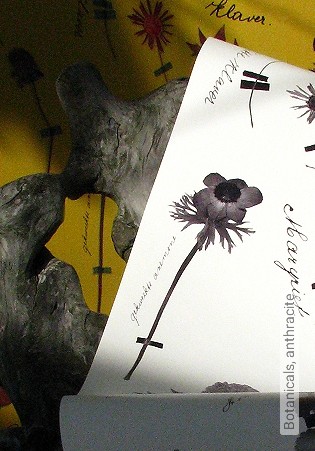 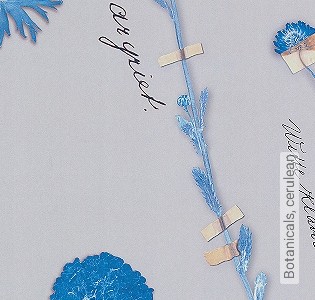 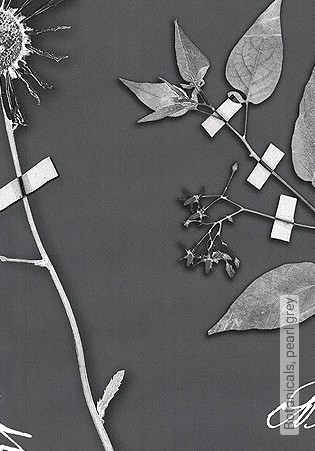 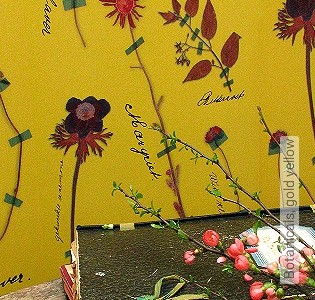 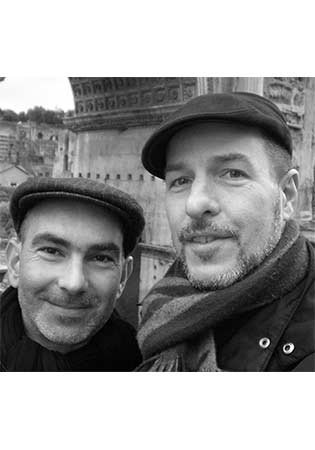 We are two designers from Amsterdam, Bruce Wayland (American) and Marcello De Simone (Italian); we started in 2010 with a series of one of a kind sets of plates called 'Altered Perspectives'.

From there we started designing wallpaper, and in Milan this year -at the Ventura Lambrate area- we showed the first collection of five themes with a total of twenty-nine variations.The whole collection was very well received.

Our designs are characterized by their appealing mix of traditional images -antique prints or Herbarium pages- and 21st century sensibility and technology.

Removing our designs by a series of degrees from their original forms, we create a visual and physical transformation that artfully alters the perspective of both object and observer, resulting in unique, unexpected new images and aesthetic experiences that marry past, present and future.

“Altered Perspectives”, we developed our first collection of wallpapers, which are inspired by the skies from 18th C.

and contemporary Holland, and plants of The Netherlands from old herbaria.

With names like ‘Dutch Sky’, and ‘Dutch Garden’ our work has over time has evolved, and continues to be inspired

by the beauty of Holland.

We chose the Dutch sky which has inspired so many artists through the centuries as the starting point  of our first series of wallpaper designs. Choosing the ever changing patterns of the Dutch skies from our own collection of photos as inspiration, we have layered them with details from antique etchings from The Netherlands. The „Dutch Sky“ wallpaper comes in three designs: Dusk-Violet, Storm-Grey and Summer-Blue. It represents a personal, evocative hommage to the place that inspired it.

Taking inspiration from a nineteenth century star chart of the Southern Hemisphere and eighteenth century etchings, we have created a graceful nocturnal sky of clouds and constellations. Available in four distinctive colours of ink blue, chocolate, emerald green and ivory.

The Botanicals wallpaper is based on the 19th century botanical albums we have been collecting. The solarized quality of the images adds a contemporary twist, yet the designs preserve the very personal touches that drew us to the albums from the start.

Based on our collection of antique herbarium albums from The Netherlands the resulting designs weave the plant specimens into new patterns. This range is both traditional and modern, and updates the idea of a floral wallpaper for the 21st C. 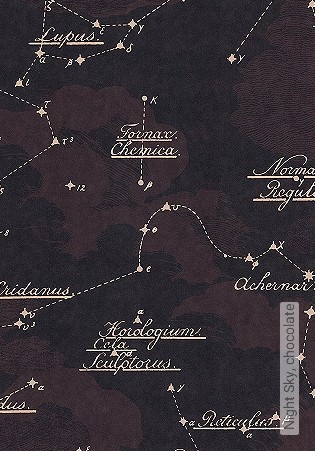 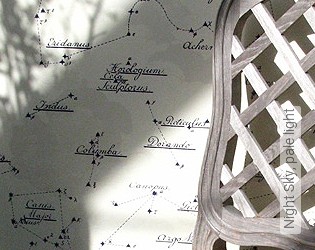 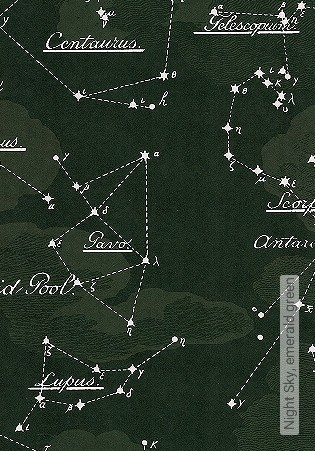 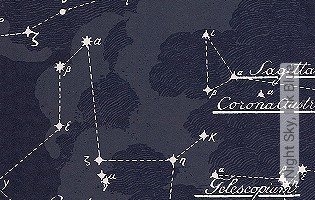