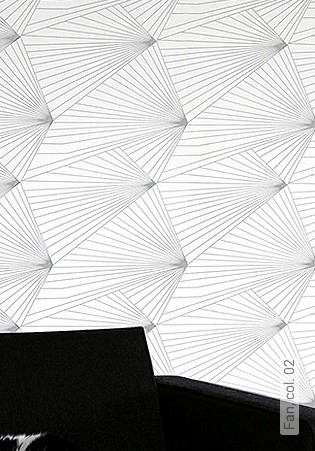 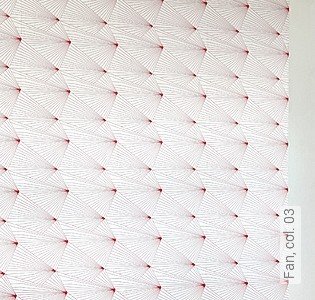 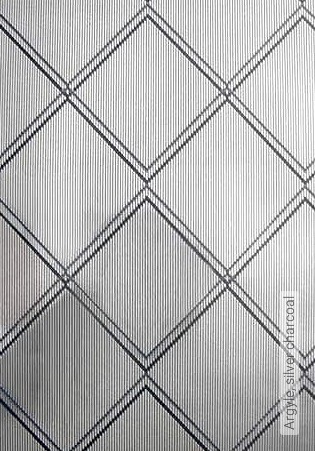 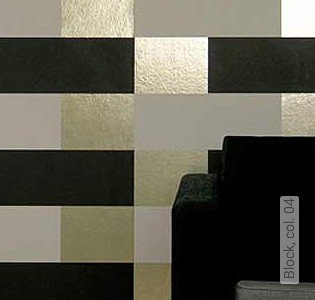 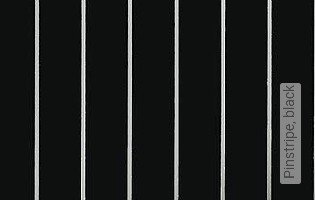 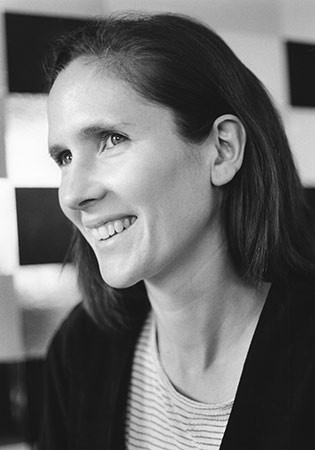 Erica Wakerly's 'Home' wallpaper won the "Best Wallpaper" award at the Elle Decoration British Design Awards. The award was presented at the Wallace Collection in London on November 5th. Erica was in alongside Cole & Son, Osborne & Little and Zoffany the shortlist. Other winners were Established and Sons (best design company) and Barber Osgerby (best seating). The whole pattern is complex, but not overwhelming, overwhelming. The overall picture plays with perspectives and lines that overlap and look like an evocative architectural blueprint. 'Homes' is also available as a fabric in black / cream and brown / cream. Erica Wakerly's other new design is 'TEEPEE' (tipi), a bold geometric design in silver / white, silver / black and silver / deep orange. As a contrast, there is the organic design 'LEAF' (leaf), which is a very abstract modern design, available in reflective silver / white and silver / black. Angels' (Engel) was reissued in black / gold, cream / gold (original edition from 2006 was only available in silver / white). In 2007 Erica Wakerly was named 'Young Designer 2007' of the 'Homes & Gardens Classic Design Awards'. She won first prize in the Graham & Brown Wallpaper Design Award (2004) in conjunction with first prize in the Dorma Textile Design Award (2004). She holds a master's degree in printed textiles from the Royal College of Art and is currently working from her London studio. 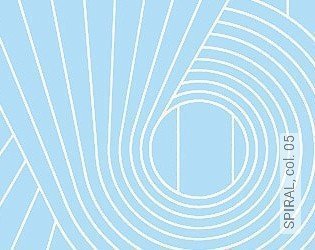 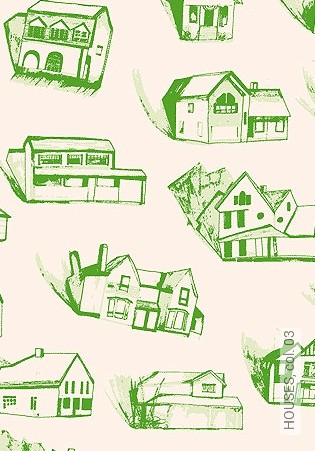 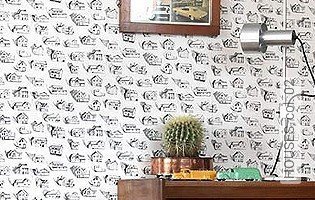